This is the women’s recovery house that is being built in San Vicente, Mexico. There is a wonderful Calvary Chapel there and an incredible ministry that takes in battered women and their children. There’s incredible fruit coming out of this new ministry. Rob Nash and Mike Viveros from Calvary Vista are going to try to stop by in April. We would all love to see this recovery home for women finished so that they can start taking in women with addictions. I think God is going to do an amazing thing through their lives there.

If you are interested in being a part of a team to help with construction, please contact Rob Nash at Calvary Vista. 760-726-4224

If you would like to donate to this cause, you may do so on our website. Just visit the Donate page and make a note of “San Vicente”. 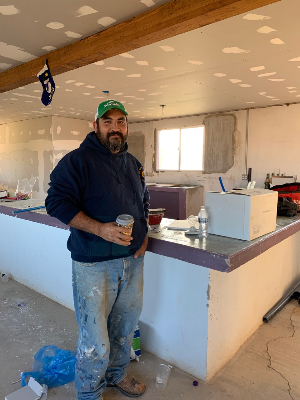 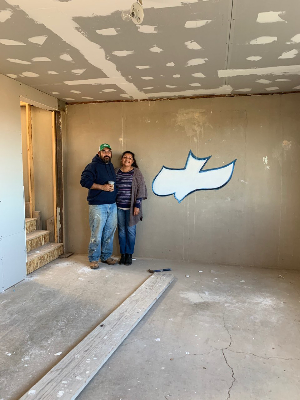 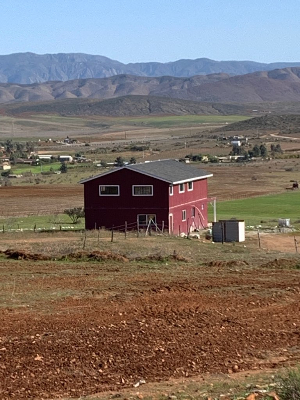 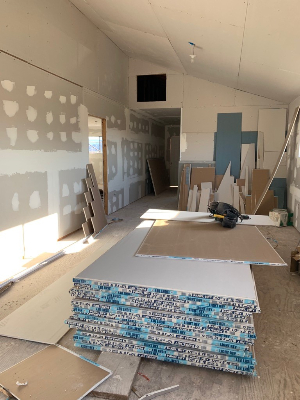 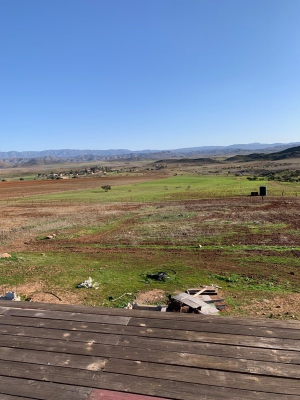 The reunion with my Campos Blancos team was the most unexpected fun I've had in weeks! It seems that the stresses of leading an event prevented me from thinking of the reunion that was about to take place. Exactly a year ago to this day, we were in our campo Blanco (our special neighborhood) and we were putting on a show for the kids with the hope of drawing them a little closer to Jesus.

A year later, a year of not being together, not seeing the precious kids who have stolen our hearts, and sometimes our markers, crayons, glue, here we were reunited.

It started slow...Just Eduardo, then Fernando, his sister Hazel...then we passed by picking up Rafael and his daughter Valentina (7 years old) and Rafa's coworker, Erick. The car ride was non-stop laughter. My face hurt from laughing.

The drive-thru at Pollo Campero left the workers laughing hysterically. We pulled up and everyone started getting out of the car to walk to the other car to see what they wanted, without realizing that someone had already been out. It was just wild. After getting our food, we pulled around the corner and tossed from one car to the other the proper proportions.

We hadn't even arrived at our destination and the day felt like it was never going to end. If you have ever been part of a sports team or the driver of a group of teenagers of a sports team, you know the wildness of those car rides. That is what it felt like. On the road. Ready to work together, to love on some kids we didn't know, but we hoped would feel loved today and come to learn that there is a God who loves them too.

Rolling up to the little town, we stumbled out of the car, drunk on fun and adventure. Gathered under a tree we took a look at the giant soccer field which we would convert into our Sunday school classroom. Two teams were made- one would stay to blow up balloons and decorate, the other would walk around the quaint town announcing the event.

I obviously went to walk around, inspecting the town, and saying hello to strangers. There are no gangs, no drugs, no problems in areas such as these. Small town living we could say. Nice and quiet, everyone knows everyone. After an hour of walking, lots of "Holas" and "nos vemos alli" (see you there), and a selfie with some beautiful cows, we headed back to the soccer field.

Now if you are lost, let me explain. This small "town" has no church. Most of these people may have heard of Jesus but they never got to know Him. There is no one there to teach the bible. We joined Pastor Marcelo, who pastors a small church nearby, and received an invitation to come and teach the Bible. God gave us the opportunity to do the children's ministry. Essentially we are holding a complete church service, just outside.

The kids trickled in... by the time we wanted to begin there were about 17. At the end of our time with them, the number had doubled. It was one big group sitting in the stands, to three small groups sitting in circles learning Bible verses to three wild groups hopping in sacks and blowing the flour out of the plastic bowl trying to reveal the hidden words to make the verse memorize (John 3:16).

A breath of fresh air.

These kids have been learning virtual for a year now and have never been part of any sort of camp or Sunday school. Their excitement, obedience, and thirst to learn were like caffeine to my soul.

I couldn't decide which group I wanted to be around because everyone was having a blast. The little ones, gingerly hopped around trying to figure out the game. The older girls, focused on putting together the words and the middle-aged boys/girls were definitely trying to cheat on the sack race.

I saw life in the eyes of my team. What they had forcibly laid to rest for a year, was springing up. We were whole again, just a bunch of big kids, playing under the sun.

I have attached a bunch of pictures...I think they paint the story the best. Hope you enjoy my little rant!! 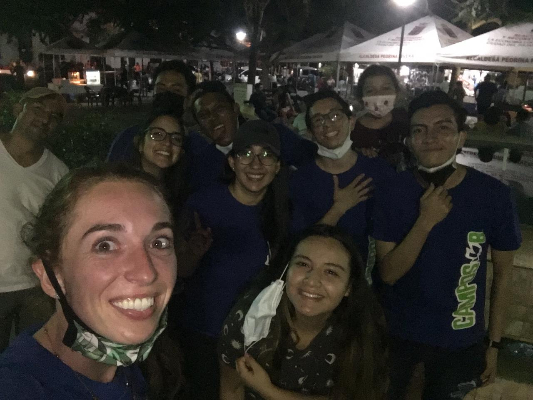 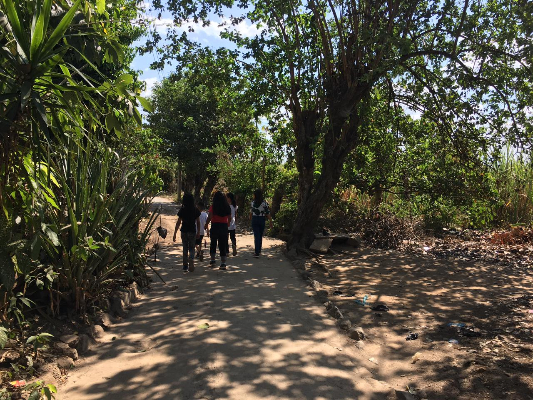 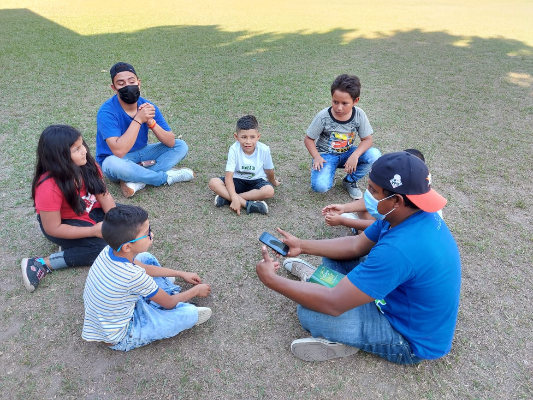 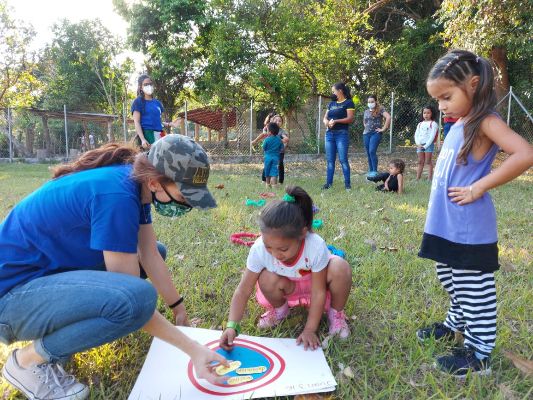 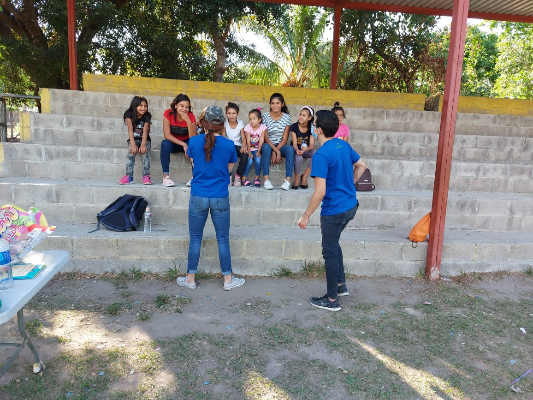 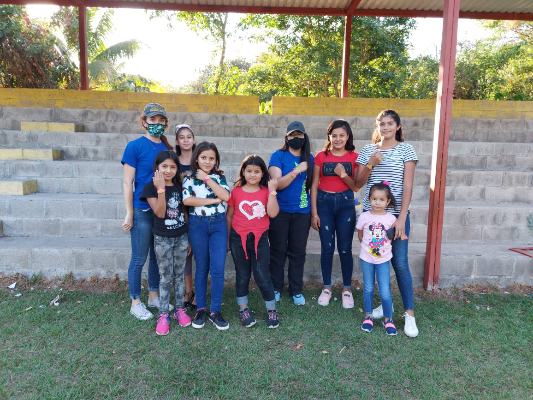 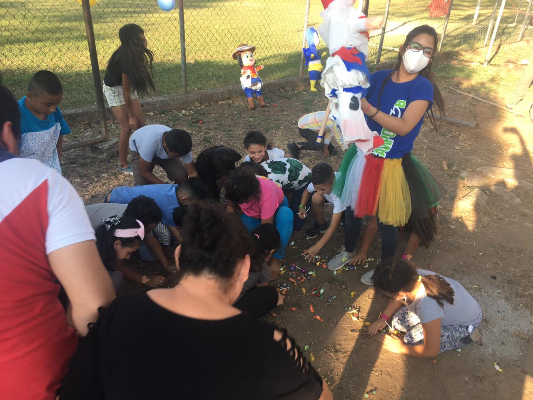 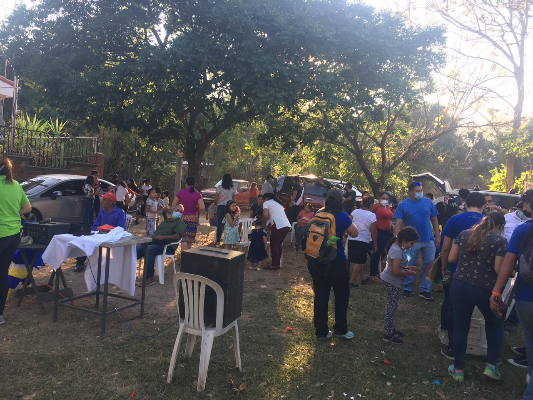 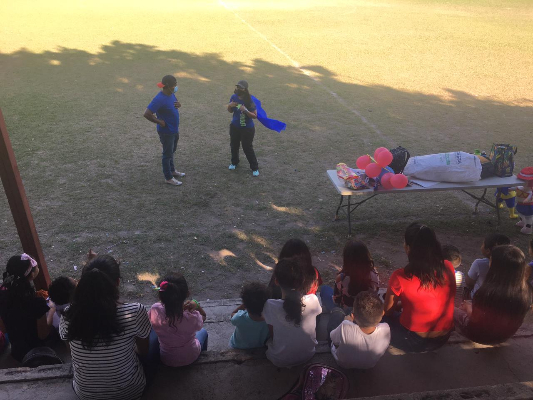 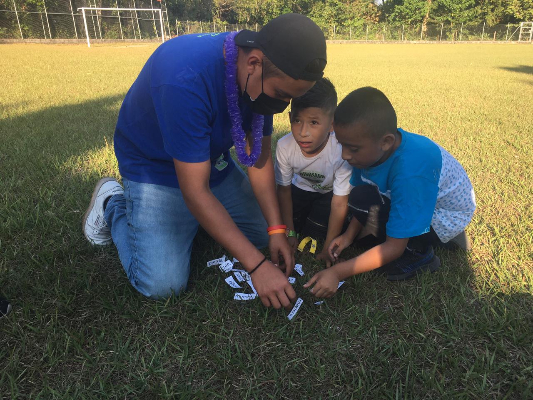 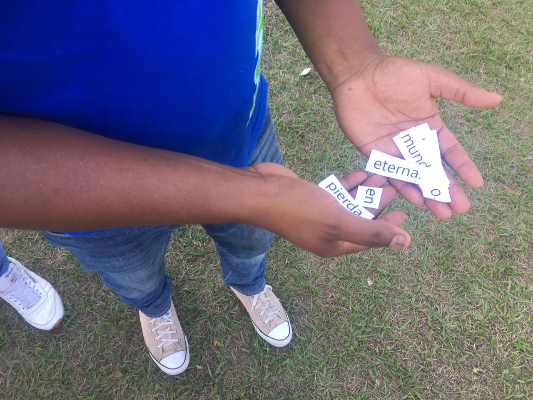 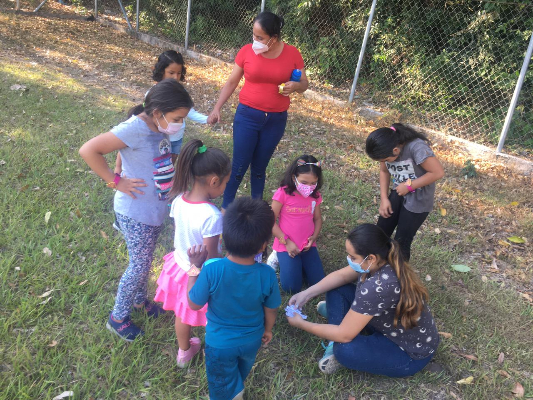 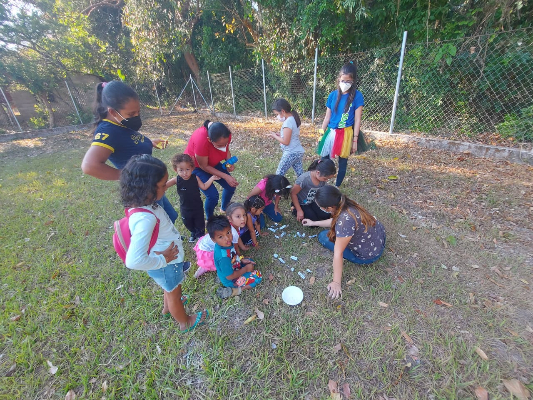 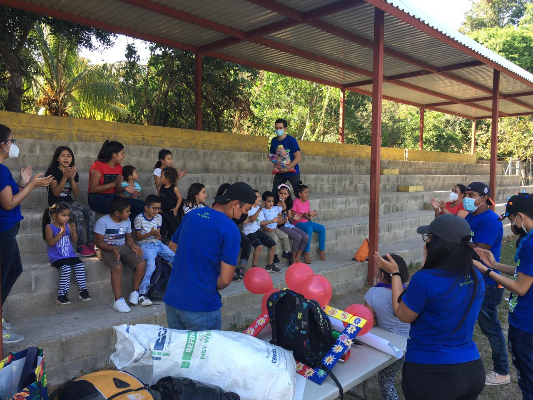 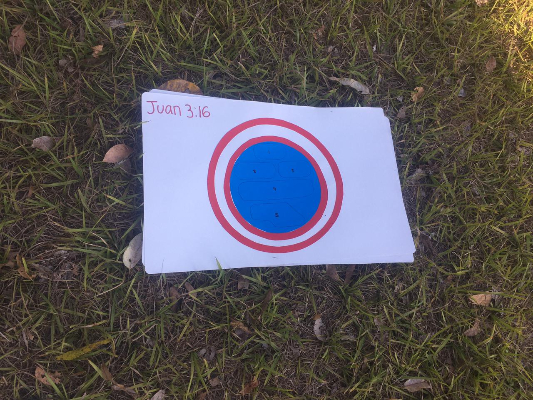 BOLD LOVE is happening, right now, in our 3 northern sponsored communities -- Chipayika, Luzi, and Thowolo! Lameck Kananji (SAFE’s Jesus Film Coordinator) has made the long trip north to train people to personally share the gospel (good news) in their villages. Sharing the gospel of Jesus Christ is Lameck’s passion! He doesn’t want anyone to go through this life and miss finding Jesus as Savior.

They watched the Walking With Jesus film that shares, in the African context, about life after receiving Jesus.

They also invited people to come to watch The Jesus Film in the evenings.

This video shows some villagers on their way to Chief Mlima Nthenda's property for a showing of The Jesus Film translated into Tonga.

Jesus said in Mark 16:15, “Go into all the world and preach the gospel to all creation.” He was asking us to take this priceless gift of the gospel and share it with everyone.

We do many things to assist the poor and develop capacities and opportunities in our sponsored villages and schools. But we know the most valuable gift we bring is the gospel of Jesus Christ. It changes hearts as well as lives! If people miss the gospel of Jesus, they miss it all!

“I always pray with joy because of your partnership in the gospel from the first day until now.”  -- Philippians 1:4-5

In His love for the least,

An update from El Salvador by Alex Shevock.

Seven months ago, La Capilla, El Salvador was booming with more than 30 ministries, reaching and teaching the Bible to many. By the grace of God, I was part of that, until I took a flight to Florida for a "quick" visit to my family.

El Salvador closed its borders, airports, schools, universities, churches, restaurants, shops, and everything you can imagine long before the United States. The church that was once super busy was left empty, lifeless.

Fortunately, Facebook and Youtube became the means to stay connected; although many in the church do not have internet. For the past 7 months, Pastor Carlos has been appearing on Facebook Live every night to talk about the daily Bible reading guide he sends in the morning; Ephesians, and a book by Oswald Sanders called Spiritual Maturity that we read digitally every day.

I thank God for the ability to continue connecting as a congregation and learn together during such uncertain times (especially since I was stuck in the United States up until a week ago!) Normally, the congregation of our church amounts to approximately 2500 people (3 services on Sundays with about 800 each service), but now only 550 people. Facebook Live has grown, the viewers range from here in El Salvador, to Argentina, to Mexico, the United States and even across the ocean to Spain. We praise God for how many have been reached through the systematic teaching of the Bible.

In March, the church was mandatorily closed due to government restrictions. The 6-month closure of the church meant 6 months without tithing. The lockdown across the country meant job losses. Fifty percent of parents stopped paying $45 a month for church school. By law, the church has continued to pay the 60 employees (working or not) during these months of almost no income. The property in San Martín has had to let go four of its employees. Two Patmos students from Peru continue to live here, along with two Patmos staff members waiting for the possibility of these students returning home after a long 9-month stay.

The money that was saved to buy the adjoining parking lot to the church has gone to all these expenses, amounting to $90,000. With the opening of the church, worship has begun slowly.

Children's ministry is restricted to online classes, which prevents many from attending in person due to lack of child care. The elderly or sick stay at home for safety, others stay home out of fear or indifference. It is questionable whether the church school will be able to reopen next year, or whether we can have a discipleship program here on the beautiful church property in San Martin. The Lord knows this and we are resting on that fact.

I ask you to PRAY with us as what would typically be the most exciting part of the year; the church anniversary, Thanksgiving, and Christmas festivities simply bring more question marks.

Pray for protection, provision, wisdom, and for God's will to be done (which I sure hope includes a safe and pronto reopening of Campos Blancos!)

Thank you for your support and love towards a place and a people whom I also love dearly.