Well, it is November all ready and most folks take the time to ponder the things to be thankful for. Something that we should be doing all year long. Why? Because the Lord told us to be thankful.
In Psalm 100:4 we are told “Enter into His gates with thanksgiving, into His courts with praise. Be thankful to Him, and bless His name”.
In Romans 1:21 we are told “because, although they knew God, they did not glorify Him as God, nor were thankful, but became futile in their thoughts, and their foolish hearts were darkened”.
In Colossians 3:15 we are told “And let the peace of God rule in your hearts, to which also you were called in one body, and be thankful.
I understand that with all that is going on in this world it is very difficult to be thankful. We hear, read and see so much evil being done on this earth that we can get frustrated. That is when we need to look up and focus on our Lord. Nothing is going on that has not been told to us in His Word. In Ephesians 5:13-16 we read:

13 But all things that are exposed are made manifest by the light, for whatever makes manifest is light.

“Awake, you who sleep, Arise from the dead, And Christ will give you light.”

15 See then that you walk circumspectly, not as fools but as wise,

16 redeeming the time, because the days are evil.

I love the verse that says “And Christ will give you light”. It causes me to think about the time that I was not following the Lord and did not see the evil around me nor the evil that I was doing. But now I see. Because of Jesus Christ I see that evil and know that He has forgiven me and caused me to love Him so much that I want others to see the light!
So, that is my prayer that we would know that our sins have been forgiven and that we are called to show others the light. To truly be thankful for our Lord and for the privilege to serve Him!!!!
Please remember that today is the first day of the rest of your life. What are you going to do with it? 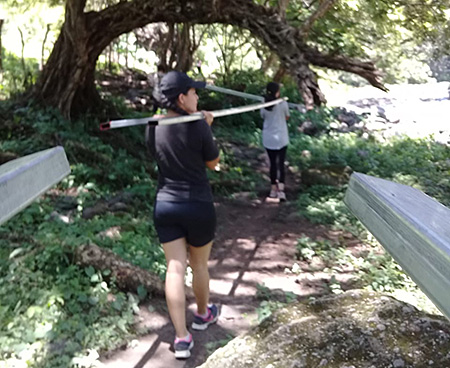 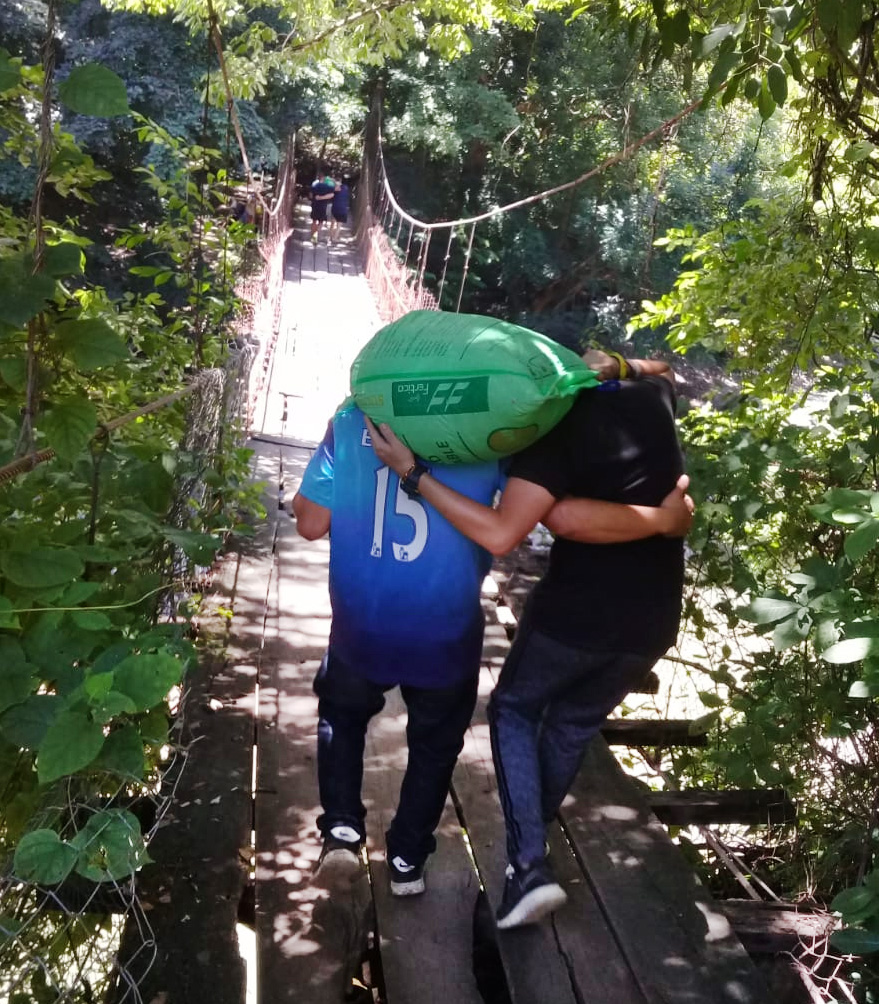 Boys working together to carry cement bags across the bridge Happy Monday!!! 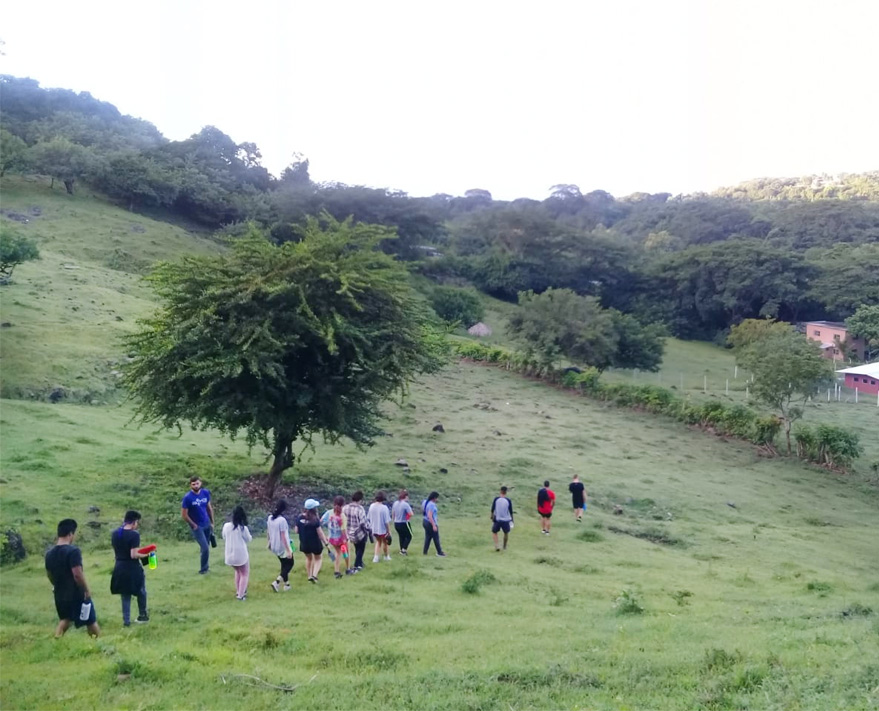 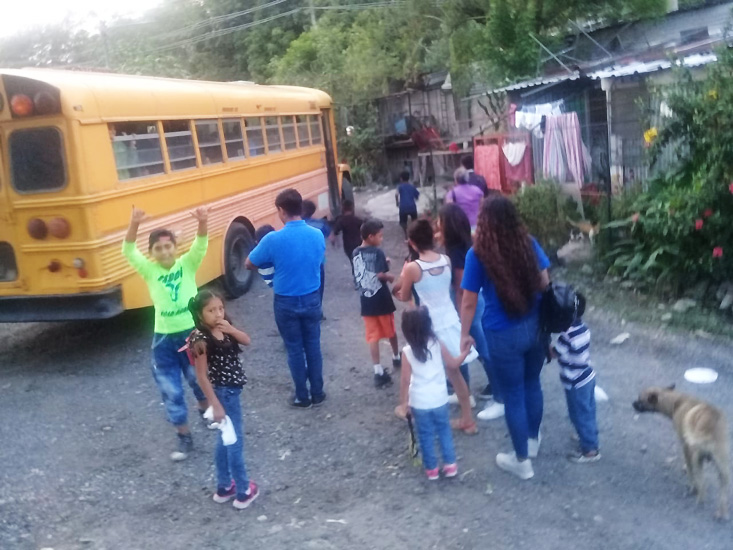 Hello to all!  This is Alex Shevock reporting from El Salvador!

There are so many exciting things happening in El Salvador which makes it a little difficult to condense all that God is doing into words, but I will try!

The Campos Blancos ministry is booming as God allows us to go into seven different neighborhoods within a few miles of church every Sunday to bring His Word to the unreached. With the support of Gaius, we have been able to bus these same kids into church for our midweek service. Every week, the bus provides these kids an escape from their reality with the hope that The Word of God will transform their lives, and their parents. We have been transporting up to 90 kids to our mid-week service, with a total of 381 kids this past July. Praise The Lord!

This year was also the start of our CDI (a free after school discipleship program provided for these same children). Not only do we get to minister to our kids on Sundays, one day in the week, but now a handful of them joyfully arrive three afternoons a week to be discipled. Praise The Lord!! This after school program provides reinforcement with their normal homework, music classes, English classes (by yours truly), a snack, and of course, The Word of God! One of the requirements is that the parents must commit to attending church once a week for their child to be part of the program. Slowly but surely these parents are attending church and we are trusting that His Word will not return void (Isaiah 55:11) because we know that “faith comes by hearing and hearing by The Word of God” (Romans 10:17).